Mean Reversion Trading: The revert back towards the mean strategy

Discover how Mean Reversion Trading strategies work and learn how to trade these trend changes in the stock market.

Mean Reversion Trading, the strategy of the return to the average

Very popular in the world of Trading, the mean reversion theory is based on the fact that a violent bullish or bearish impulse will generally be followed by a return of prices to their equilibrium level. 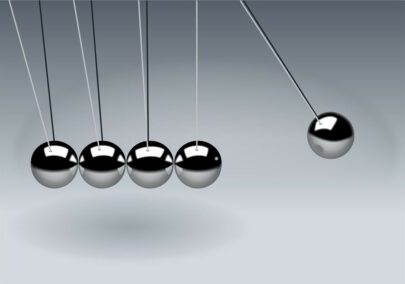 “Trees don’t rise to the sky.” This stock market saying, one of the most popular in the financial markets, illustrates quite well the principle at the heart of mean-reversion strategies. Indeed, for the followers of the mean-reversion theory, however violent and broad a trend movement may be, sooner or later, things will eventually return to normal.

What is a revert to the mean strategy?

By definition, a Mean Reversion Trading strategy assumes that the price of a financial product will sooner or later return to its historical average.

Also called the “Return to Equilibrium” strategy, the strategy of return to the average introduces the existence of an equilibrium level to which any stock price would irretrievably return.

Applicable to all financial markets, the resulting investment strategy consists of positioning oneself against the underlying trend of an asset when its price seems to be too far from its equilibrium value, in order to bet on the emergence of a correction movement likely to bring prices back to their average value.

From a statistical point of view, it is in fact for the Trader to bet on the fact that stock market movements will respect more or less a normal law, and that any deviation from the average will consequently tend to be compensated sooner or later by a movement of similar amplitude, but in the opposite direction.

NB: Although the financial markets have been modeled for a long time using Normal Distribution Law, they are certainly close to it, but a few details nevertheless put their grain of salt in the equation; starting with the phenomena of bubbles or crashes, which are much more frequent in practice than is allowed in theory by Normal Distribution…

How to trade trend reversals?

For this purpose, several technical indicators are generally used:

Although this type of strategy is first and foremost a matter of technical analysis and is therefore well suited to Automatic Trading, it is also crucial for the Trader to stay abreast of global economic conditions, as well as announcements specific to the financial asset being traded.

This filter provided by fundamental analysis will in fact be likely to help it distinguish between the most ephemeral trend accelerations (caused by simple announcement effects) and more perennial trend movements (triggered by structural change).

In the equity market, in the long term, a ratio such as the PER (Price Earning Ratio) will thus enable the investor to identify the most irrational price movements in order to bet on their reversal.

Particularly attractive on paper (because it respects the laws of Physics such as the Law of Gravity), the theory of the return to the mean can nevertheless run up against some obstacles.

Certain monetary decisions or new economic news can in fact definitively change the valuation of a financial asset without any return to normal being envisaged in the short or medium term.

It is therefore essential for the investor to know how to distinguish the signals announcing a trend reversal (often surrounded by excessive euphoria or panic) from those which, on the contrary, imply a strengthening of the trend because of their structural nature.

On the other hand, it is obviously essential to remember that a trend, however irrational it may appear, can sometimes continue for a very long time before the market comes to its senses. Positioning a stop-loss order is therefore advisable in order to cut your losses if the underlying trend continues.

To be convinced of this, just think of the bubble and crash phenomena during which the trend suddenly gets out of control, and after which it can take many months or even years before prices return to their equilibrium level.

Finally, if it is possible to position a take-profit order at the equilibrium price, keep in mind that the return of prices to their average can sometimes only be partial. In some scenarios, therefore, being wise and taking your profits slightly ahead of schedule may well be the best thing to do.

As with any Trading strategy, a good Money Management system is essential here to cut your losses on time and take your profits on time, as not all trends will systematically return to their equilibrium level in due course, nor without sometimes having pushed their initial impulse further!

Built around the belief that the value of an asset generally returns to its historical equilibrium point, mean-reverting strategies are in some ways the inverse bet of trend following strategies. So, it’s now up to you to choose your side!